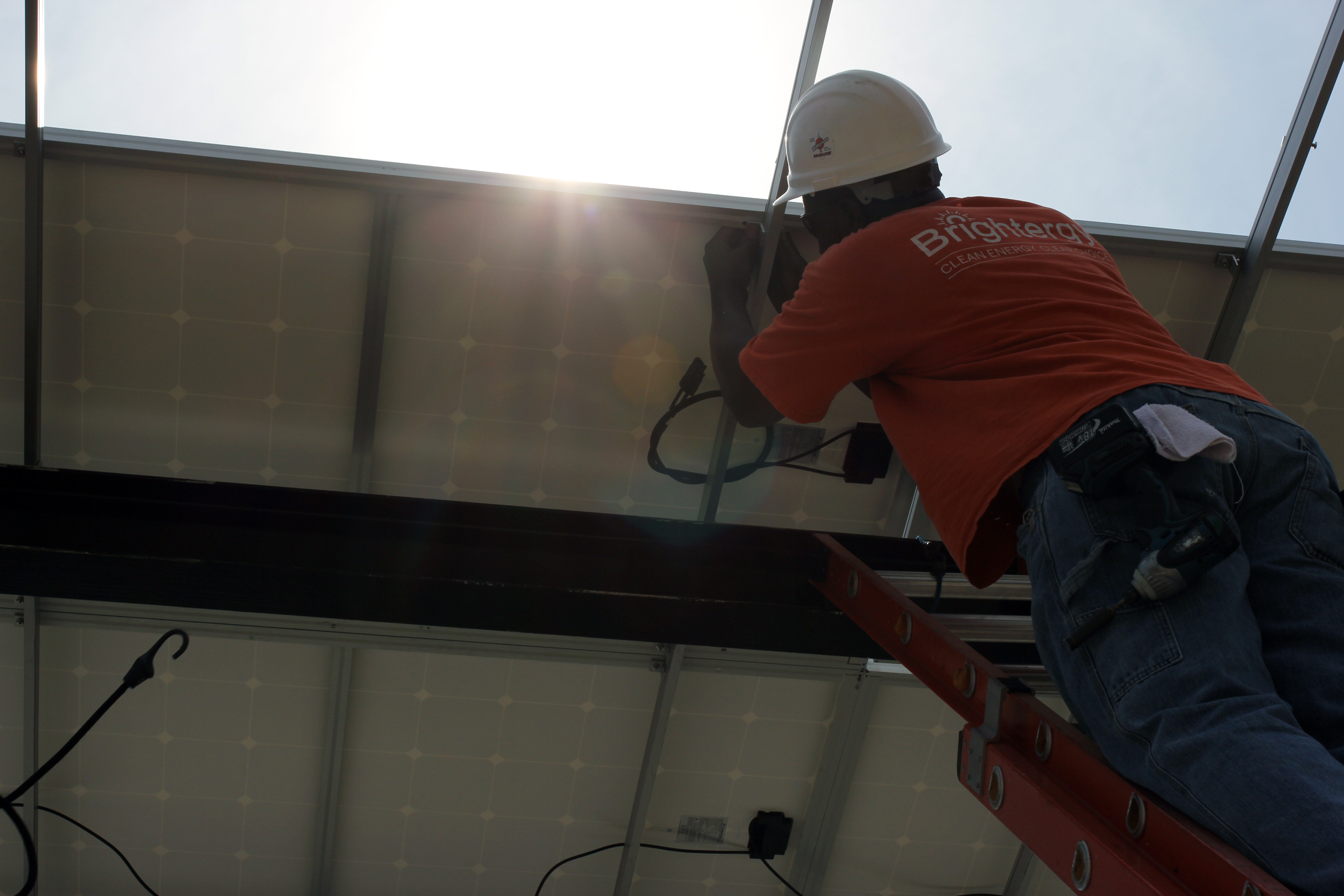 It’s hot, and that’s here down on the street. When we make the gradual climb up to the roof, I’m even more aware of the constant presence of the sun in the cloudless blue sky.

Last summer was my first at Brightergy, and I’m remembering now the constant supply of popsicles—all varieties—we kept for our installers. Yes, it gets hot here in Missouri.

I’m out at the Spencer Parsons building in the West Bottoms district near downtown Kansas City, Missouri. It’s a growing neighborhood, the cheap rent and multitude of lofts having attracted local artists, young and old. Every first weekend of the month, the streets are awash with shoppers, combing the old warehouses turned vintage market for treasure.

With me is one of our Solar Designers, Aaron Moran, one of our Solar Estimators, Jason Mendenhall, our intern, Andrew Grin, and two of our most seasoned installers, Paul Rector and Terry Seals.

When you break it down, there are three main components to each solar installation: the solar panels, the inverters, and the breaker box, connecting the solar energy system to the electrical grid. Here at Spencer Parsons, all three of those components are located in different places: the solar panels on the roof, the inverters in the basement, and the breaker box outside. Naturally, we’re beginning on the ground. 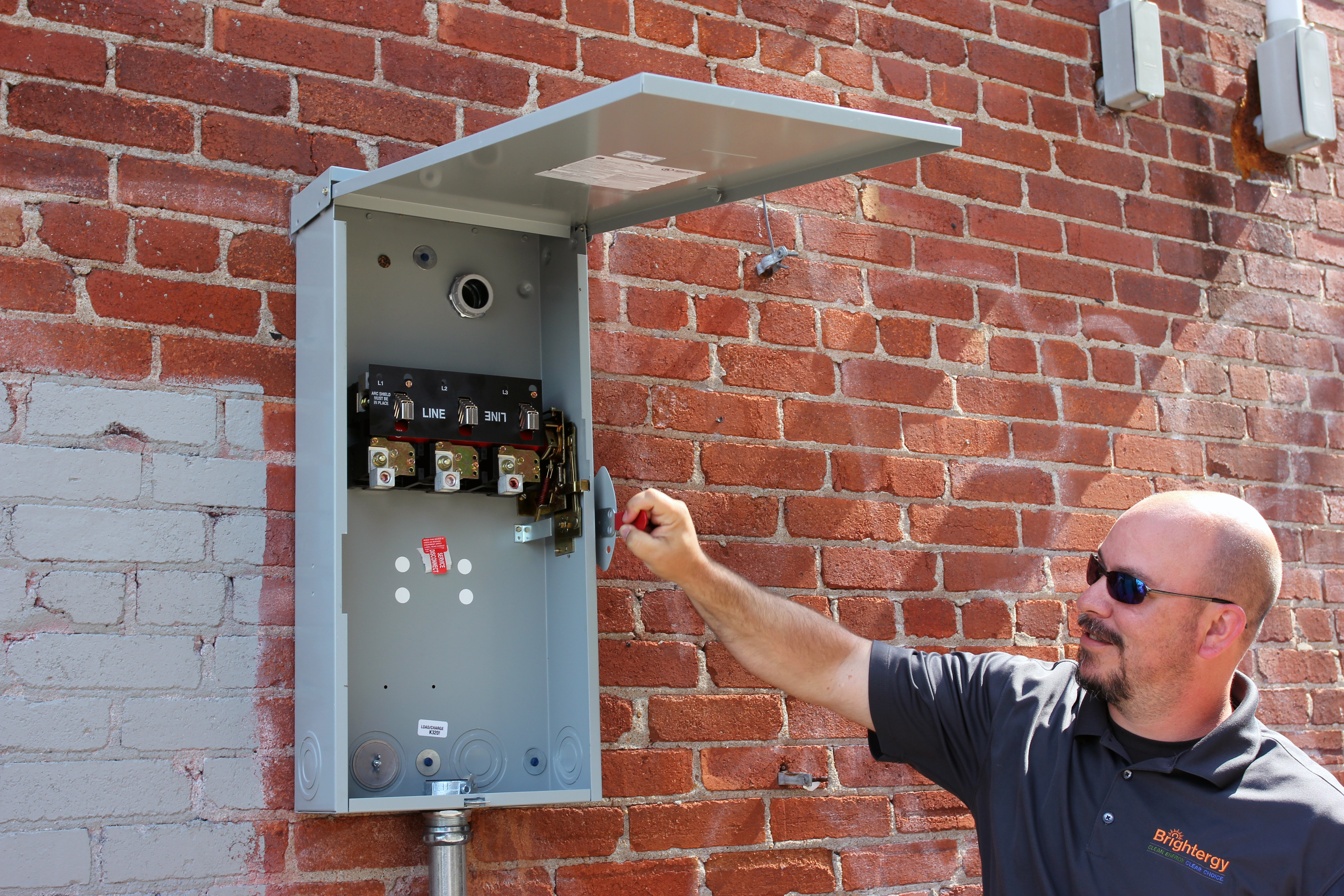 The solar installation at Spencer Parsons is a special project; challenging, but in a good way.

Solar panels must be secured in some way. In a typical roof-mounted installation, panels are slid into self-ballasted racking: ballasting to give stability to, usually with some sort of heavy weight. Self-ballasted systems are weighed down with large concrete blocks, preventing the need for roof penetration.

It also means panels are low to the roof surface. While angled, when standing next to them, you’re looking down at them, not up.

Here at Spencer Parsons, Paul and Terry are working on a canopy system, which means a couple of things:

So it’s taking time, to make sure it’s done right. But while they work, at least there’s the view. It’s an interesting perspective, seeing the world from rooftops. 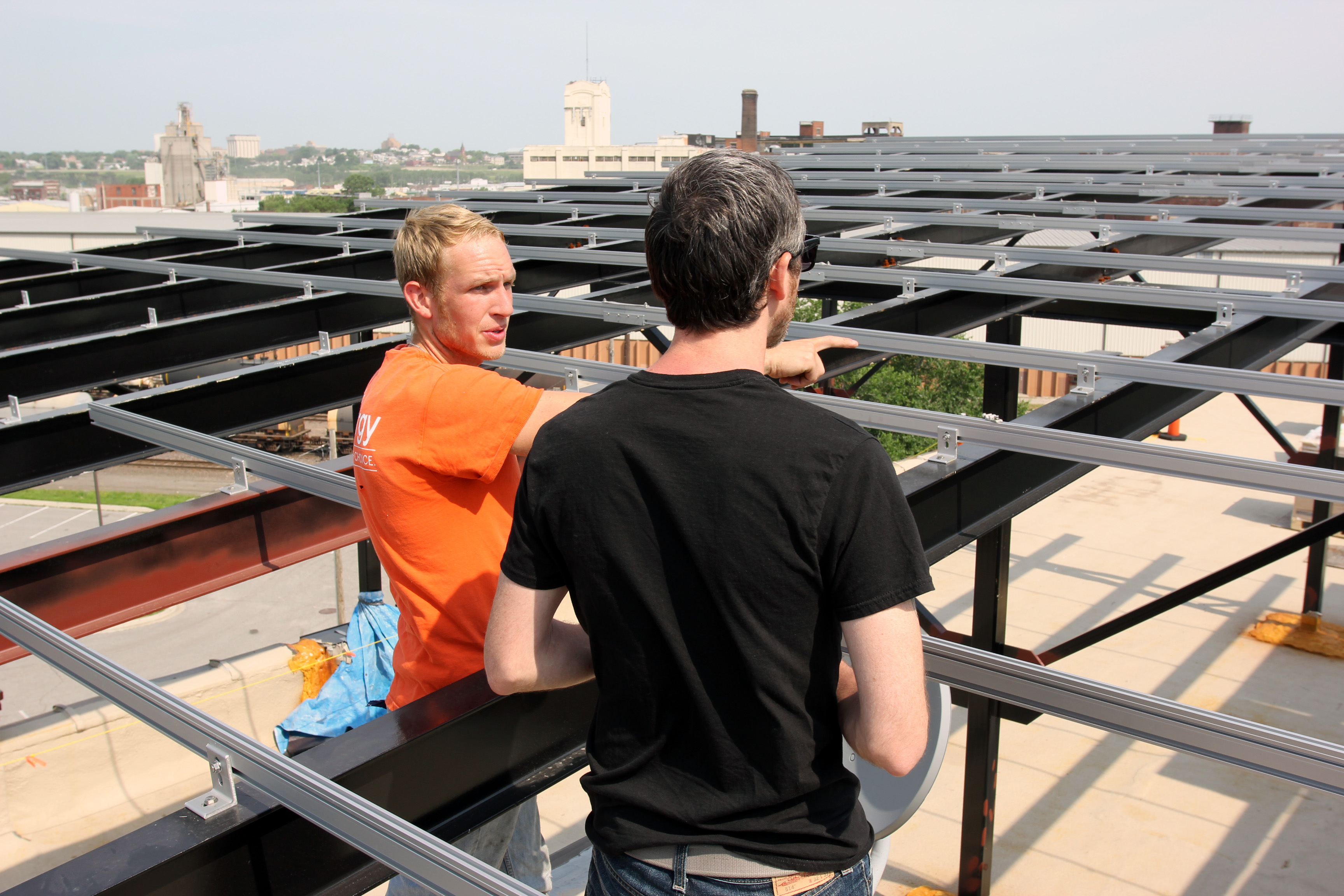 Paul and Aaron discussing the solar canopy structure, from up above the solar panels.[/caption] 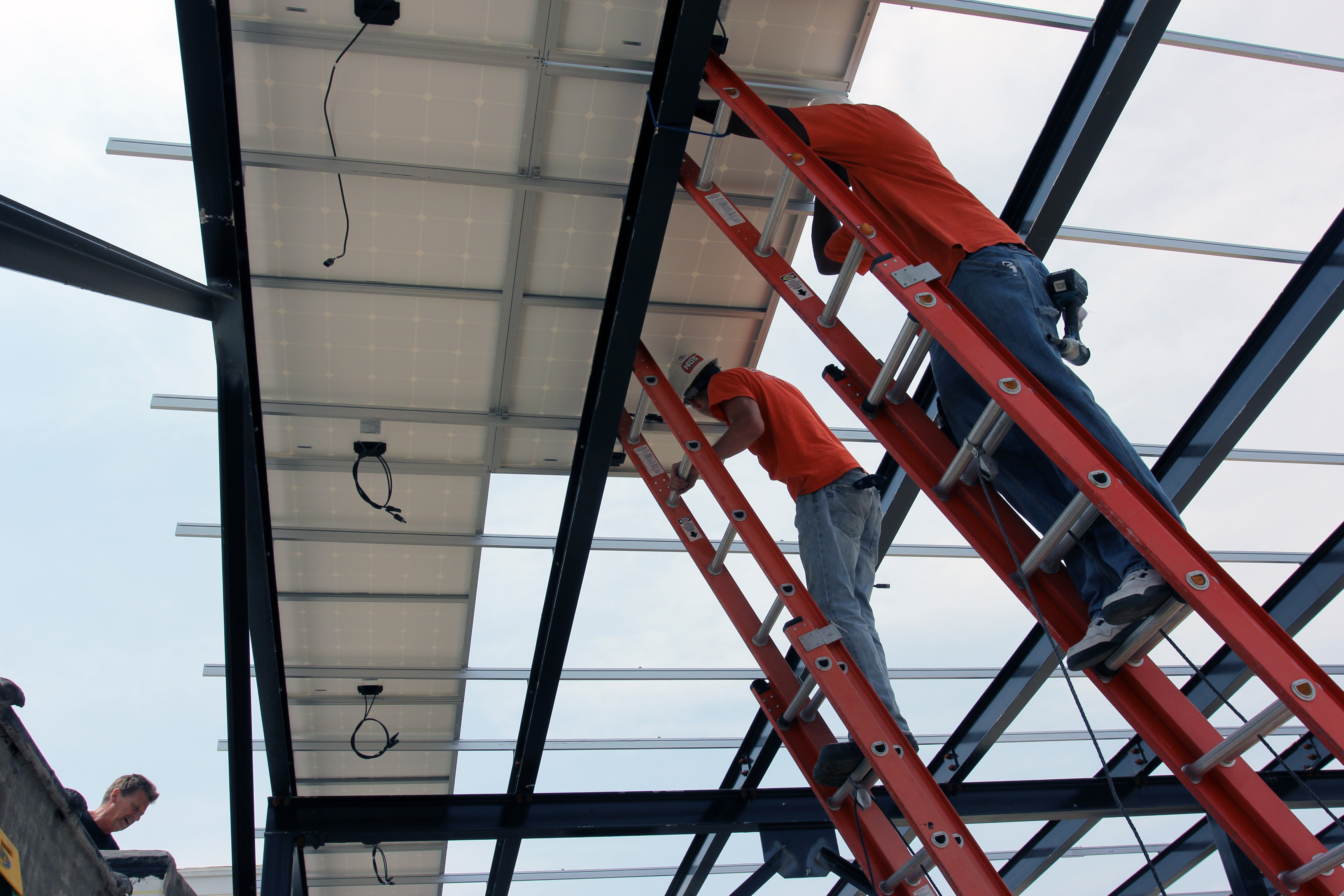 Paul and Terry at work securing solar panels to the canopy’s racking.[/caption] 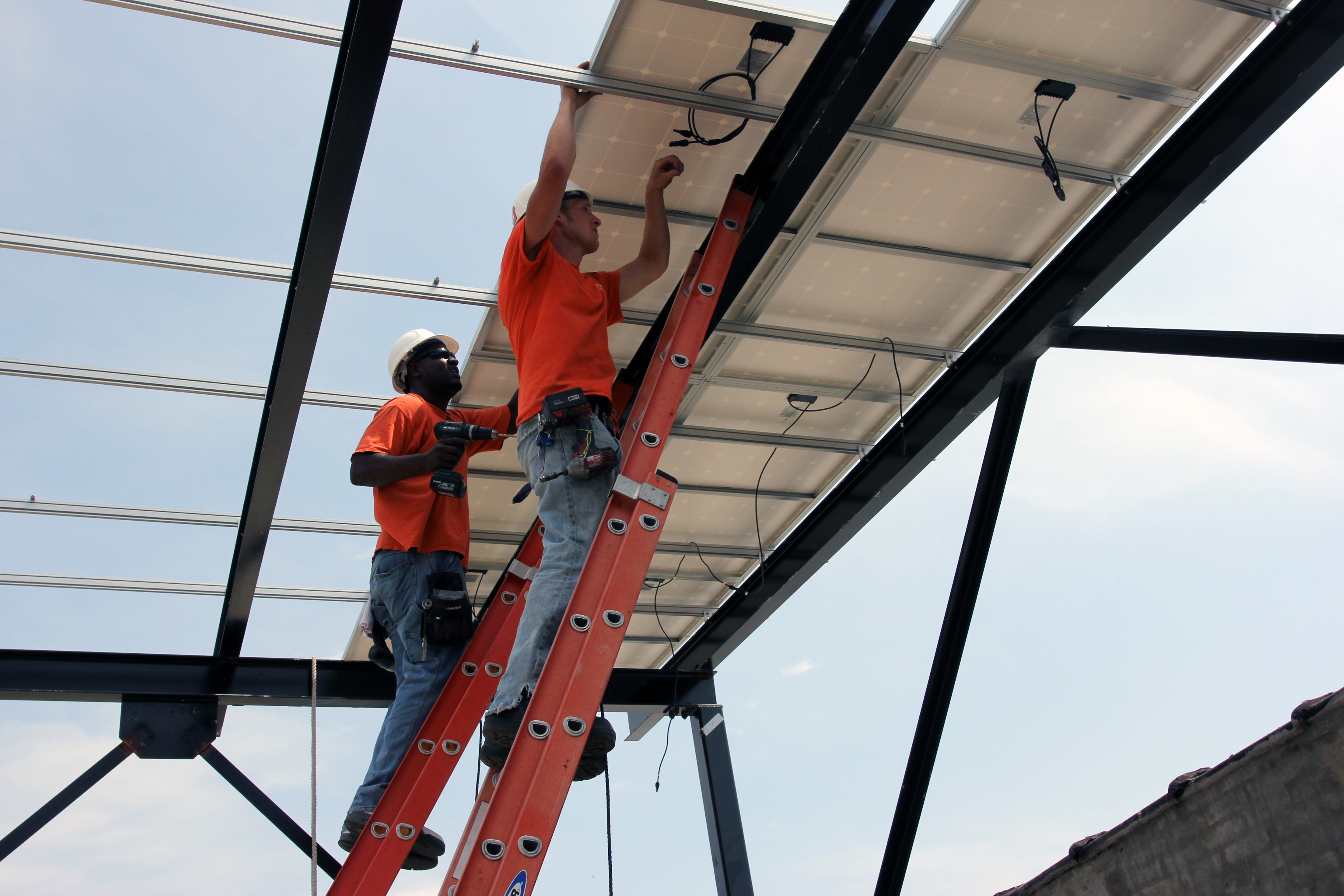 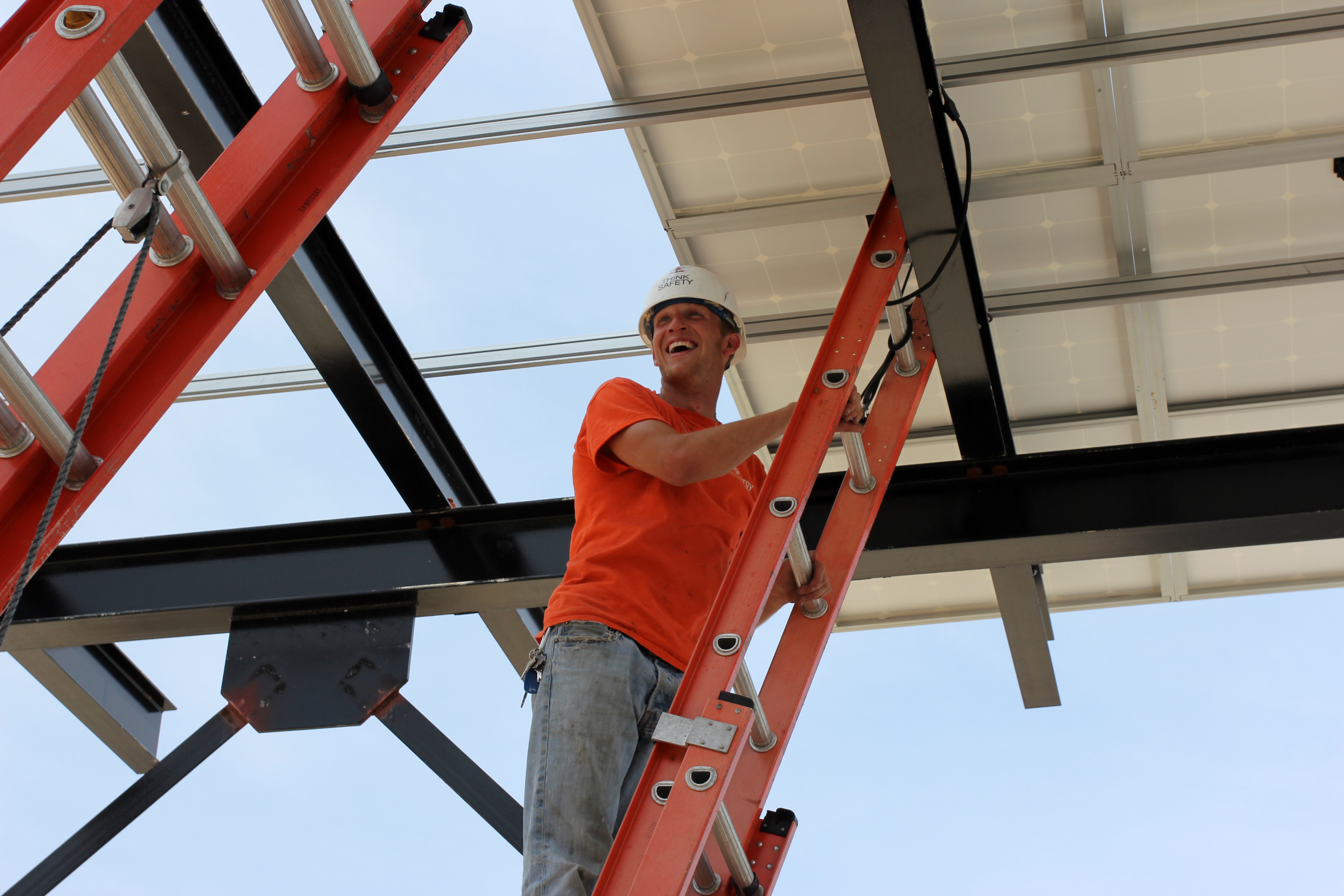