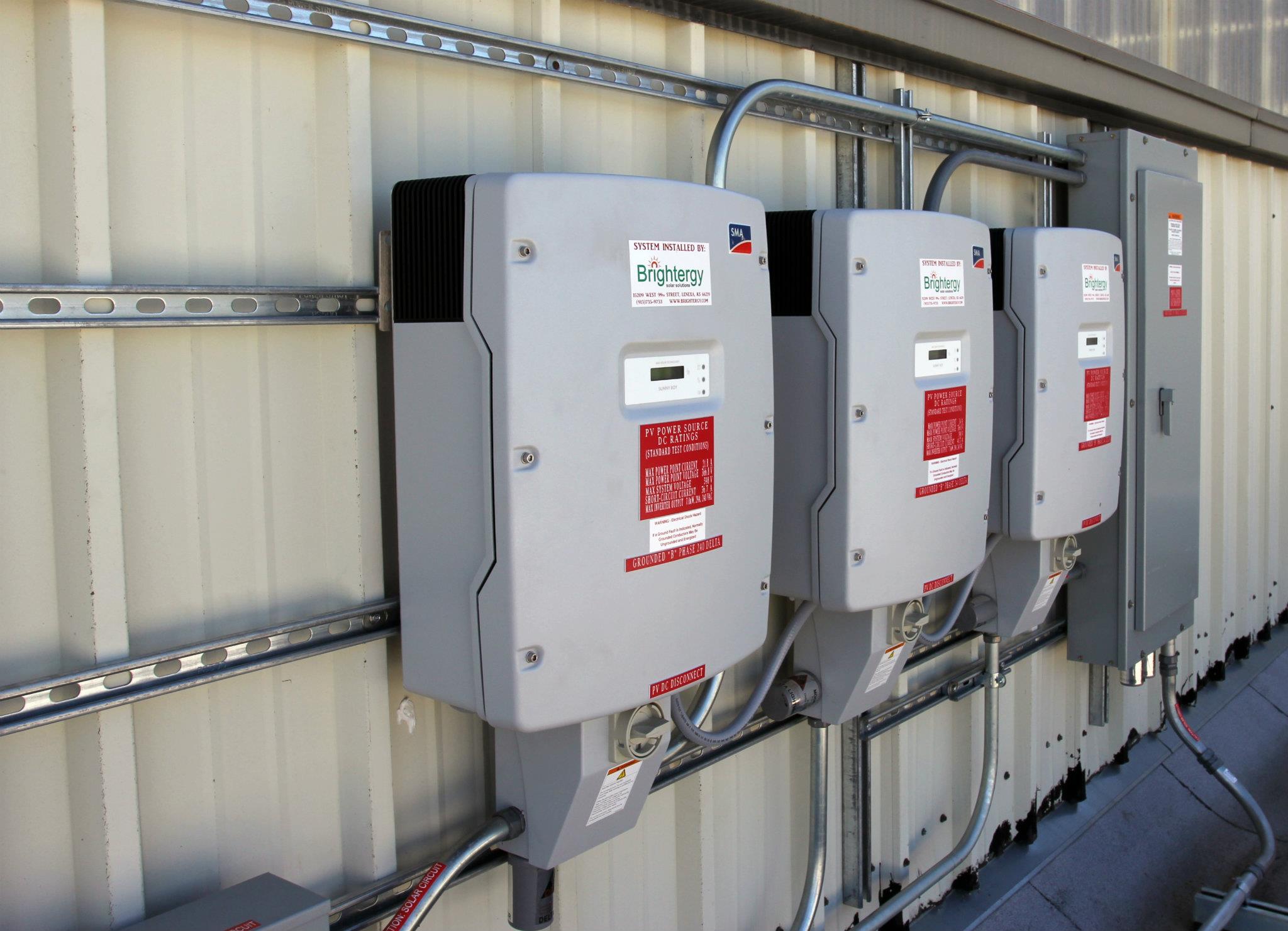 In DC (direct current) electrical currents, electrons flow in one direction, while in AC (alternating current), electrons flow in both directions – forwards and backwards – along a wire. The story of how we adopted AC over DC goes back to two pioneers of electricity: Westinghouse and Edison. In 1887, Edison’s grid system – and DC current – prevailed. The trouble was that Edison’s power plants could only send DC electricity for about a mile before it began to lose oomph. In the late 1880’s, Westinghouse developed an electrical transformer that could take AC electricity from high voltage to low, enabling it to travel longer distances and arrive ready for use. A great battle ensued, but in the end, Westinghouse’s AC prevailed.

Micro-inverters attach directly to each solar panel in your system whereas a central inverter is kept in a box attached next to your electricity meter. Either one can be grid-tied, allowing your solar electricity to feed back into the grid.

How efficient are solar inverters?

Most inverters are 95-98% efficient. You’ll only have about a 2-5% loss of power during the conversion process from DC to AC.