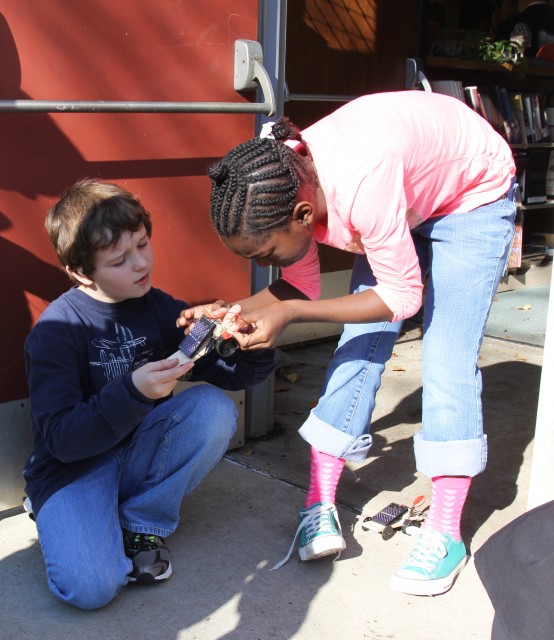 When it comes to education, the possibilities are endless. We are constantly learning in our daily lives, even in the smallest of ways.

And often, it’s the smallest waves that make the biggest impact.

Pembroke Hill’s four 25 kilowatt solar installations at their school campus are no small step, but they are part of a greater commitment as Pembroke is undertaking several sustainable initiatives – all of which resonate that much louder because of their integration with students’ educations. For example, they’ve retrofitted the lighting at three gyms across two campuses in order to reduce energy use and increase illumination – an act that will result in savings of $4,500 annually, or 41,000 kilowatts. They’ve installed seven water filling stations and encourage students to refill water bottles – which has resulted in more than 3,300 bottles refilled, and that many bottles prevented from being discarded from September to October 2012.

“Pembroke Hill is committed to being an innovator in education and the environment, implementing sustainability programs and teaching these concepts to students, beginning at a young age,” said Steve Bellis, head of school at the ribbon-cutting ceremony Tuesday, Nov. 20.

Which was more than apparent on Tuesday, as 5th grade students demonstrated the solar cars they had built in their science class for members of the media and guests who included City Councilwoman Jan Marcason, City Councilman Jim Glover, City of Kansas City, Mo. Chief Environmental Officer Dennis Murphey and our own Susan Brown, VP of Public Affairs. Roland Maliwat, KCP&L Manager of Sustainability Products, and MARC Solar Panel Coordinator Beth Dawson were also in attendance.

Their cars were built with a small solar cell, wired to make the car’s wheels spin instantly when placed in direct sunlight. The cars were different from the panels on their school’s rooftop, they explained, because their cars didn’t hold a charge.

The set of four 25 kilowatt solar systems are estimated to produce 138, 802 kilowatts per year: reducing emissions by 2,722 tons of CO2 over 25 years – the equivalent of 8,858,234 miles not driven by cars or 46.6 acres of trees planted. Tuesday’s ceremony was held on the roof of the Intermediate Building; the other systems are on the Deramus Field House on the Wornall campus and on the Upper School and Hall Student Center on the Ward Parkway campus. Their systems are estimated to reduce Pembroke Hill’s energy costs by 10 percent per year.