A Solar Panel Installation on the White House

And 8 Other Links from August 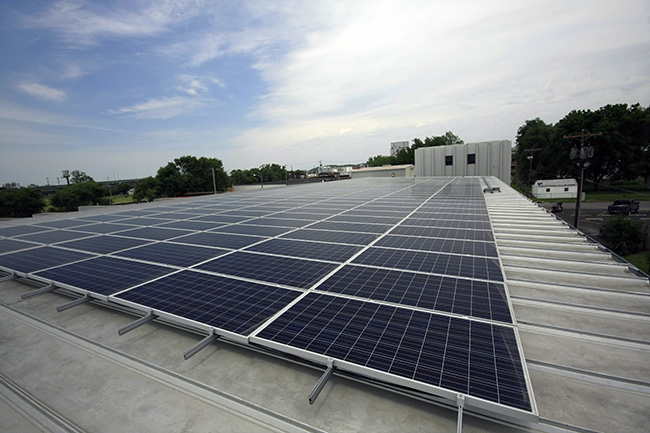 And just like that, we’re back to school. From the looks of it, August was a busy month for everybody – including the solar industry. Homes and businesses have been having more renewable energy sources installed on their property, giving them a more affordable energy source and become greener. Companies like Back The Blue Solar are often installing new solar energy systems, providing a renewable energy source for all. So here’s our monthly round-up: from the White House’s solar panel installation to giant solar flowers, these are the links we wouldn’t want you to miss:

1) Economic Times: Future of solar power: How about transparent solar cells that can be put on windows?

How about ‘em? The Economic Times reports on several big breakthroughs in the development of solar technology, including transparent thin film solar cells, which many experts believe will be able to break through commercially.

Like the Chunnel, but much, much faster, Tesla CEO Elon Musk made a major splash last month when he revealed his idea for a solar-powered, elevated transit system designed to take cars and passengers from LA to San Francisco in 30 minutes.

Much has been done to adapt the way we build our cities to be more sustainable – mostly with a focus on less sprawl, more compact cities. But new research from New Zealand suggests that installing solar panels on the average suburban home produces enough electricity to power the household, some extra to charge an electric vehicle, and still some leftover to send excess to the utility grid. Is outfitting as-built suburban homes with solar the way to go?

After pledging in October 2010 to put solar panels on the White House, installation finally began last month. No word on who they chose to install the panels, but Earth Techling did share these photos of the installation in progress. While they’re a bit different from the ones found on most residential properties who have adopted solar panels, hopefully they will encourage more people to consider a Solar Power Installation.

5) The Atlantic: Charting the Fall of Solar Prices

Reporter Kyle Thetford follows the fall of solar prices – from rapidly declining panel prices to slow-to-descend ‘soft costs’ such as permitting. If prices continue to fall quickly, solar energy will come closer than ever to being less expensive than fossil fuel prices.

6) Greentech Solar: A Solar System is Installed in the US Every 4 Minutes

Another way to chart the growth of the solar energy industry is to take a look at the number of installations. Stephen Lacey looks at the imminent possibility that one solar system will be installed every minute and a half, as well as where we’re at now, and how far we’ve come.

This one’s just fun/neat/awe-inspiring. A Seattle artist partnered with the city to create a solar installation in the form of giant flowers. The project is called Sonic Bloom. Check ‘em out by following the link.

What’s your favorite solar story from August? And what are your thoughts about the White House’s decision to go solar?