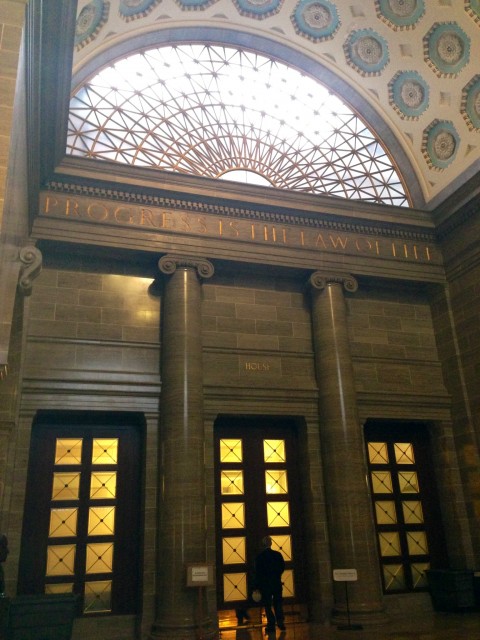 by Susan Brown and Paul Snider

With May comes not just spring flowers (and finally, warmer weather!), but also the end of legislative sessions. This year, we were active in both Kansas and Missouri state legislatures, watching and working on issues pertaining to energy efficiency and renewable energy.

In Kansas most of the attention was on the unsuccessful attempts to repeal the renewable energy standards, but there were other important considerations for legislators this session.  Brightergy worked with KCP&L and the Climate & Energy Project to pass energy efficiency legislation.  We were also heavily engaged, along with others, to protect net metering from being eliminated.  While there isn’t much solar installed in Kansas now, many legislators are learning about the benefits.  In addition, we are hopeful the energy efficiency legislation will lead KCP&L to model programs in Kansas off of what they already offer in Missouri.

The Missouri legislative session ended last Friday with mixed results.  The good news is that the utilities didn’t try to undo new metering laws like they have in many other states.  The disappointing news is that efforts to restart solar rebates were not successful.

You may recall that last year the solar industry worked with electric utilities and legislators to phase out the popular solar rebate by 2020.  Last summer Ameren and KCP&L made regulatory requests to stop paying rebates because of cost concerns.  In most areas, the rebate money has been fully committed, leaving many customers, including several schools, without rebates.

Brightergy worked with MOSEIA and other solar providers to look at ways to keep rebates until 2020, as approved by the Legislature last year.  Despite a lot of good support, an amendment in the state senate came up a couple of votes short.  But legislators now understand what happened with rebates and are willing to help us address it.

This was a unique year in Jefferson City with very few energy related bills gaining much traction.  One bright spot was a successful bill, Senate Bill 601, by Sen. Jason Holsman (D-KC) to restore an income tax deduction for home energy audits.

Thanks to everyone who voiced their support for Missouri solar during this year’s session – it makes a big impact. We’re looking forward to getting back to work when session reconvenes.