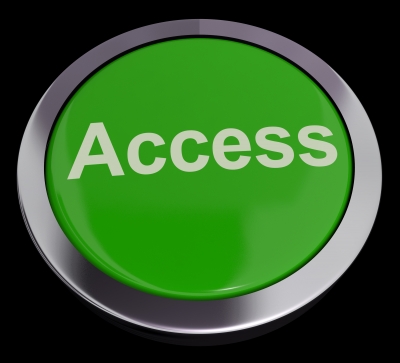 We’ve always been a culture of recorders, humans. We’re collectors, documenters, and trackers. In Wales last year, the National Botanic Garden’s head of research and conversation led a project to create a database of DNA for all 1,143 native species in their country, using barcodes. They hope to eventually barcode all animal and plant species across the world.

New Yorker writer Adam Gopnik joked in his book of essays, Paris to the Moon, that before you can do anything – anything at all – in France, you must open up a dossier. You must present your dossier before renting an apartment, applying for a library card, or signing up for a gym membership. And remember the elementary school threat of your permanent record?

The internet is, in a way, our public dossier; our permanent record of humanity, good and bad. We’re in the Information Age, after all (also known as the Computer Age or Digital Age). In a 2011 article, The New Information Age, TechCrunch examines our history as record keepers:

Over the centuries, we gathered a lot of data on things such as climate, demographics, and business and government transactions. Our farmers kept track of the weather so that they would know when to grow their crops; we had land records so that we could own property; and we developed phone books so that we could find people. Web 1.0 made it possible to make this information globally available and searchable.

This rapidly evolved into Web 2.0.  Now data were being captured on what news we read, where we shopped, what sites we surfed, what music we listened to, what movies we watched, and where we travelled. And “the powers that be” started gathering information about our age, health, education, and socioeconomic status.

With the advent of LinkedIn, Myspace, Facebook, Twitter, and the many other social-media tools, the Web became “social” and “the powers that be” began to learn all about our work history, social and business contacts, and what we like—our food, entertainment, sexual preferences, etc. This is what Reid Hoffman calls Web 3.0.

But there is much, much more happening in the Web 3.0 world. It’s not just “social”.

So much is possible in the realm of information access and the internet. So why is it that we still don’t have simple access to energy data resources; to records of our energy use, as consumers and as businesses?

In September 2011, President Obama declared a National Health IT Week, kicked off with a Consumer Health IT Summit co-hosted by HHS Secretary Sebelius. It was there that the Robert Wood Johnson Foundation announced bluebuttondata.org – a program originally launched by the Department of Veterans Affairs to make it simple for people to access and download their health history and information.

Imagine, Chopra wrote, “being able to check your air conditioner from your smartphone…during critically hot days or simply getting some helpful customized hints on how best to save energy and money in your house or apartment” – or your business.

The official Green Button Initiative was then launched in January 2012, “as an industry-led effort…to provide utility customers with easy and secure access to their energy usage information in a consumer-friendly and computer-friendly format. Customers are able to securely download their own detailed energy usage with a simple click of a literal ‘Green Button.’”

So far, 35 utilities have signed on – which means that 36 million homes and businesses can securely access their own energy information in a standard format.

A Call to Action in Missouri

But not yet in Missouri. Brightergy’s VP of Government Affairs Susan Brown says, “Part of the issue is, we are working with the utilities for a gradual step-down in the legislation and we need to be driving costs down. [The adoption of the Green Button Initiative] would really help to lower costs not just for renewable-energy companies, but for energy efficiency companies as well – and Missouri utilities would be empowering their customers in their own energy use.”

In his original call-to-action, Chopra wrote that “making this information available – in simple standard formats – will help spur innovative new consumer applications and devices from entrepreneurs, big companies, and even students.” Once the Initiative launched, the Department of Energy issued a challenge to developers to create free apps that best display and use Green Button data.

“Spurring app developers,” Brown says, “could create better ways of managing electricity that may even benefit utilities as well as ratepayers.”