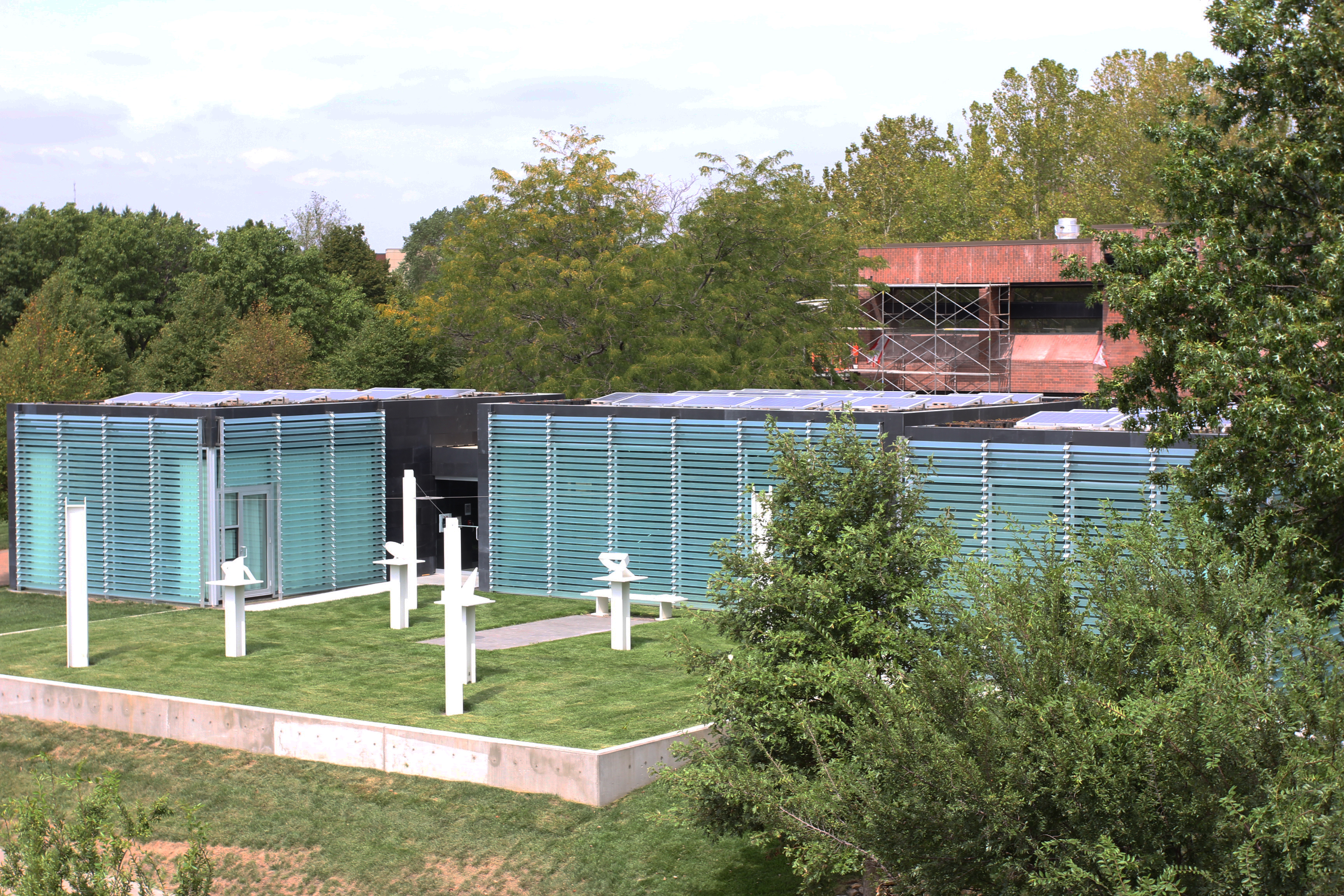 Galileo’s Pavilion, a student architecture project by KU’s Studio 804, features design inspired by the sun, making use of solar heat and energy.[/caption]

Last fall, we took you to Johnson County Community College, where KU architecture students not only designed, but also built a classroom building for the Center for Sustainability – Galileo’s Pavilion.

That’s right: built it. Everything from the electrical wiring to the reclaimed chalkboard slate tiles to the solar panels.

And over the past year, it’s been making news and winning awards.

Galileo’s Pavillion is a sun-loving pavilion, designed around Galileo’s Garden, the 1984 Dale Eldred sculpture series that was previously installed on the pavilion site, and now resides in its courtyard. The sculptures represents the changing seasons, and acts as a solar calendar as well. The pavilion itself is built to optimize daylighting and use solar heat and energy.

Student Thomas Nguyen was in charge of the solar project, installing the pavilion’s solar panels – which combined with the building’s wind turbine, offset an estimated 70% of its energy consumption. After procuring the 44 panels from Brightergy and installing them, under the advisement of an electrician, Nguyen said, (Before the project) “I was interested in PV, but I didn’t exactly know how they work. I never understood the balance, how they sit on a flat roof without penetrating. I also thought it was all one system, all one string. I didn’t know I’d be attaching each string.”

Nguyen also filled us in on his personal perspective on sustainable design, which he defined as “designing responsible. I don’t like the word green; we’re not doing anything green, we’re just doing something with sustainable systems.”

Nguyen and his peers’ work with sustainable systems resulted in a building that runs efficiently, with minimal waste – as well as one that’s drawing architectural attention:

At just under a year old, the building is certainly thriving. We congratulate the Studio 804 Class of 2012 on their innovative design, use of materials, and for making the world a more sustainable place.