Reversing revenue losses and waste: how GM makes $1 billion a year by recycling 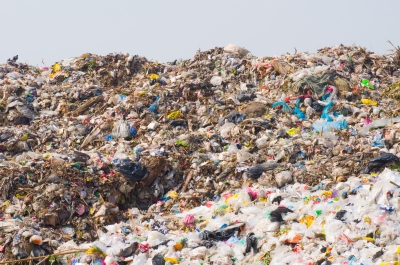 Industrial facilities generate 7.6 billion tons of nonhazardous waste annually and most of it ends up in landfills.
Image credit: Free Digital Photos.net / hinnamsaisuy

Waste. Trash. Drek. Crap. There doesn’t really exist a positive word for the things we throw away. To waste, after all, is “to use or expend carelessly” and as an adjective, waste modifies materials that are “eliminated or discarded as no longer useful.” Recycling is, fortunately, becoming a more common habit nowadays. The idea that even though we have no use for a material object anymore, yet someone else is a permeating worldview.

Waste: a resource out of place

But wasting resources doesn’t just mean physical waste; it means revenue waste as well. ‘Loss’ is even listed as a synonym for waste. And no business likes revenue losses (does anybody?).

As an industry, manufacturing creates a lot of waste. United States industrial facilities generate 7.6 billion tons of nonhazardous waste annually and most of it ends up in landfills (Forbes February 2013). However, it’s important to remember the various forms of hazardous and special waste types that each has its own proper management methods associated with them outside of the manufacturing industry. For instance, the emerging cannabis industry is producing a relatively new special waste type which could be a public health and safety concern, putting the responsibility on the businesses involved to properly dispose of hemp biomass. Responsibility is the keyword here and, whatever kind of waste they produce, all businesses must manage their waste appropriately and by the law.

But General Motors saw all of that leftover material not as waste, but as a resource out of place. So they found new uses for it – or sold it to somebody else who could – and not only diverted 2.5 metric tons of their own waste from landfills in 2011, but they also generated $1 billion in revenue from re-purposing that so-called ‘waste.’

When an automaker’s stamping press cuts the shape of a car door out of a flat sheet of steel…there’s a large hole reserved for the window. In most auto factories, the leftover steel cutouts are stacked up, or compacted with a metal baler, then sold to a foundry, where they are melted with other bits of steel and converted into scrap metal. That’s one way to recycle, but the melting and reprocessing of steel costs money and consumes a lot of energy.

General Motors sees those leftover steel cutouts, roughly four feet square, as a marketable commodity. It sells them directly to a local steel fabricator, Blue Star Steel, which uses them to stamp out small brackets for heating and air conditioning equipment for other industries, skipping the foundry altogether. Everyone benefits: GM maximizes the value of that leftover material; Blue Star Steel saves money buying scrap steel, and the environment is spared additional greenhouse gas emissions from a foundry.

Much better, right? And as Forbes also reported, worldwide, 90 percent of GM’s manufacturing waste is either reused or recycled this way (this is more than any other automaker). So far, GM operates with a total of 04 landfill-free facilities. This number includes 84 manufacturing sites that reuse or recycle 97 percent of their waste, and convert the remainder to energy. Their goal? 125 landfill-free facilities globally by 2020. That’s why more people need to be made aware of what they can and cannot recycle. For instance, did you know that you can recycle your electronics through a company like Premier Surplus, but there are loads of other ways that you can recycle things. This way though, you can help get rid of those landfills. Additionally, when throwing away metals, it’s important for people to stop and think about whether they could upcycle those pieces of metal into other things. Just like General Motors, a lot of art creators have been using welding techniques to create new pieces out of old metals. Artists have been using welding angle grinders to cut and shape their pieces of metal, making them easier to weld together. Hopefully, more companies and people can start reusing their metals, reducing the need for landfill sites.

Really what this all represents is a shift in mindset. Last month, we talked about the idea that the most successful businesses see everything as an asset. It’s a mindset that incorporates the old cliche, there are no problems; only opportunities. And it’s exactly the thinking behind what GM is doing. They’re so confident in their business case for zero-waste management, that they’ve published a downloadable blueprint explaining their process for other companies and industries.

It’s a mindset we’re familiar with around here as well. Instead of seeing energy costs as an unlikable necessity, we see the potential for control over those costs that comes with clean energy. By installing solar power on your rooftop, you’re producing your own energy and taking control over those costs, turning what was once a necessity – a cost and perhaps even a problem – into an asset.

So it’s no surprise to us either, that as the first automaker to join the Solar Energy Industries Association, General Motors ranks among the top 15 U.S. companies for their use of solar.

And then there’s this: GM is not only generating revenue, they’ve created positive buzz and PR around their efforts, and their sustainable business practices make them a more attractive buy to consumers. It’s a win-win-win.

What do you think? Do you share GM’s vision for zero-waste manufacturing? Tell us below in the comments.