Around here, there’s a popular joke: if the sun stops shining tomorrow, we all have bigger problems than whether or not we’re still producing solar energy.

It’s a lighthearted reminder of the fact that the sun is the source of all energy. Plants need it for photosynthesis. Even fossil fuels – named so because of their origin as fossilized plant carbon – can trace their packed energy all the way back to the sun.

So it was fitting that at an event celebrating Norwood Hills Country Club’s solar-energy installation, board members and Mayor Sutphin of Jennings, MO alike raised their glasses for a toast to the sun.

“NHCC is rich in tradition and history, and in the past year, the club is making new history in becoming a club that stands out not only in our St. Louis community, but in the nation,” said Club President John Murphy. 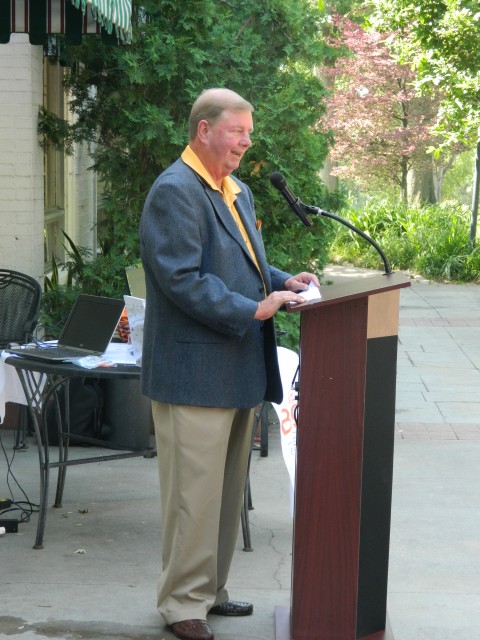 We worked with NHCC to install two 25-kilowatt solar-energy systems. Together they’re estimated to produce 64,582 kilowatt hours of clean electricity each year.

How much solar energy is that? What does that mean? 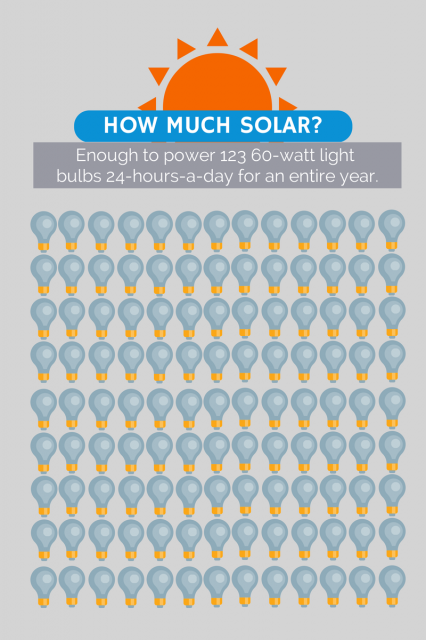 The solar energy provided by these systems will provide approximately $500 in electricity to Norwood Hills each month – for free. 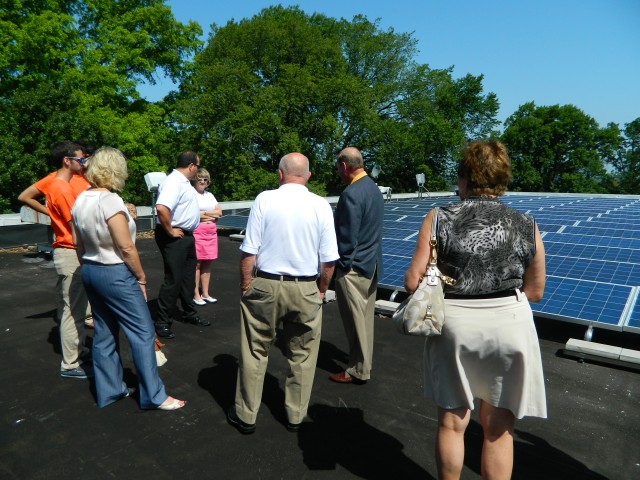 Back to photosynthesis – we know that trees also absorb carbon dioxide from the air during that process as they create food. Every year, the energy NHCC is producing from the sun – versus getting it from burning coal – provides the same amount of clean air benefits as planting 1,168 tree seedlings would.

Norwood Hills is the first area country club to go solar. In addition to using solar energy, Norwood Hills has adopted other green practices that have significantly impacted the club’s energy usage, which has impacted the environment around the club in a positive way:

NHCC has a Sustainability Committee whose members, including chairman Joe Weinbauer and member Annie Seal, have been an influential force behind the green practices of the club. 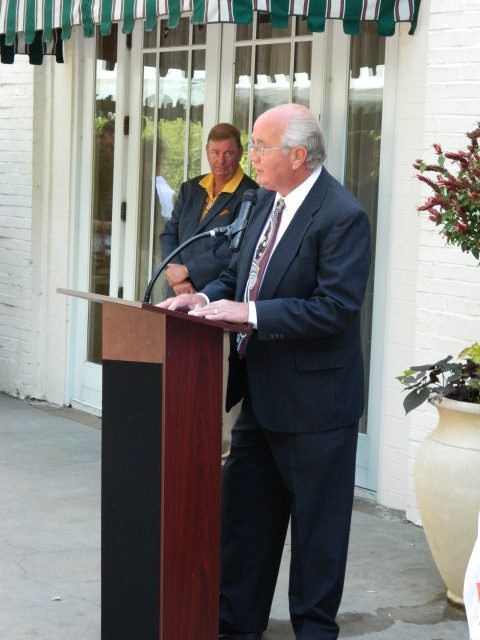 As Mayor Sutphin said, “Norwood Hills is a strong advocate for protecting the environment.”